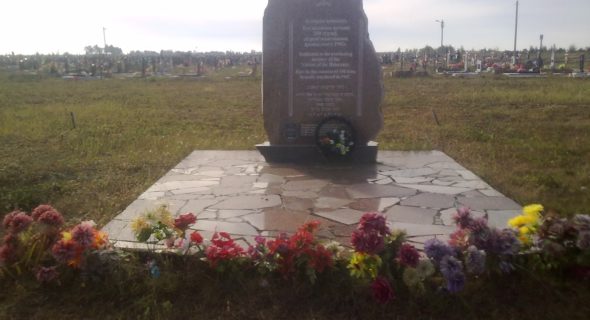 In 1921 a relief programme initiated by American philanthropist Felix Warburg financed the construction of a new Brest suburb to accommodate homeless Jewish war veterans, their families and orphaned children following the privations of World War I, adjoining a Jewish cemetery established in the 1830s.

By the end of the Nazi occupation in 1944 only 19 Jews remained out of a pre-war community of around 26,000. First the Nazis then the Communists desecrated the cemetery, the gravestones either destroyed or used as hardcore in construction.

During significant building works in recent times, the remaining Warburg houses have been bulldozed one by one. Less than a handful remain. Meanwhile, the digging of foundations for a new supermarket has unearthed hundreds of gravestones.

The small Jewish community here is working tirelessly to preserve all that remains, but the clock is ticking. In Israel, urgent discussions have been held in the Knesset itself. And at present, over 1,200 headstones have been recovered from the building site and are presently stored for safe-keeping under the arches of Brest hero-fortress.

The city’s tiny but informative Holocaust Museum displays a model of the original Warburg suburb. Nearby stands the bust of Menachem Begin, the sixth prime minister of Israel, who was born in Brest in 1913.

Unexpectedly, one of the most poignant of the Jewish sites here lies within the curtilage of the Belarus cinemain the city centre, the location of the foundation stones of Brest’s original synagogue. The theatre was actually constructed around it, the shape of the original walls being clearly visible to this day. No plaque acknowledges the significance of the stones, but row upon row of them can still be inspected in the basement of the cinema.

* When this memorial was initially dedicated, it memorialized 350 Jewish victims. In late 2018, the remains of approximately 1200 other Jews who had been living in the Brest Jewish Ghetto during the German occupation were discovered at the site of the construction of an apartment building. On May 20, 2019, the remains of those newly discovered victims were transported to this site and buried in 60 coffins. The number of Jews on the memorial was changed to 1549 and a respectful ceremony was held in which government officials from Brest, Belarus, Israel, and other places participated.