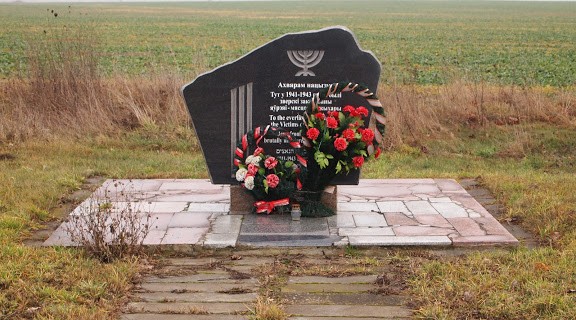 From the Wiszengrad Family Album

Wiszengrad Family History
Our grandparents, Mordechai and Hannah Vishengrad, lived in Motykały, a shtetl mostly populated by non-Jews. Mordechai was born in Motykały in 1880. Hannah was born 1885 or 1886 in Kamenets. Her parents: Avraham and Reila Mitelshki or Mitlevski.

The family moved to Chernavchitsy wishing to live among Jews:

Their hut was close to the Beit Midrash used also as a synagogue and a cemetery behind it. Approximately opposite, across the road to Brest, there was a church.

Five children were born to the family:

Mordechai wanted to emmigrate to the States because he had 2 sisters there. They consulted Rabbi Soloveitchik of Brest and decided to stay in Chernavchitsy. Mordechai started a trading business and was successful. They owned a cow and they produced milk products. The family also opened a small restaurant. People who came to the market in Chernavchitsy used to eat there and stay to sleep in the cow’s shed. When the restaurant was closed they opened a trade shop. They would go to Brest to sell agricultural products and would buy products unavailable in the village and sell them to farmers.

Shoshana and Dina studied in a high school in Brest. Shoshana stayed with her aunt on Miesny Zaulek street No. 6. In 1977, family members visited the street and found that the house was destroyed. It was replaced by a shop of 2 stories.

Dina rented a place with a family on Peretz street, in the Jewish neighborhood.

Shoshana and Dina made Aliya to Eretz Israel before WW2.

Until 1941 correspondence with the family continued. In 1942, a survivor recounted, the Jewish inhabitants were ordered to march to a place outside of the village and there to dig a pit. Then they were shot.

A map of Chernavchitsy drawn by Dina later in life:

The house on that site today: