Monument to the victims of the Holocaust was opened on July 24 in Rudensk. At this place in 1941, 190 Jews were brutally tortured and shot. Local people – the elderly, women and children – were subjected to Nazi violence. The laconic memorial sign features inscriptions in Belarusian, English and Hebrew.

All these languages ​​sounded on 24 July at a meeting of those who are not indifferent to those events. Taking part in the funeral ceremony were representatives of the Union of Jewish Communities in Belarus, diplomats, and local residents who witnessed the tragic events.

Mikhail Voitenko, veteran of the Great Patriotic War:
During the war, these 300 million rallied together into a single fist, which is why they won. All peoples revolted, went to fight the German Nazi invaders. I was a front soldier and I can say that Jews stood in trenches together with the Kirghiz people, Ukrainians and Belarusians. We are all brothers and friends. All the same, everyone helped each other. 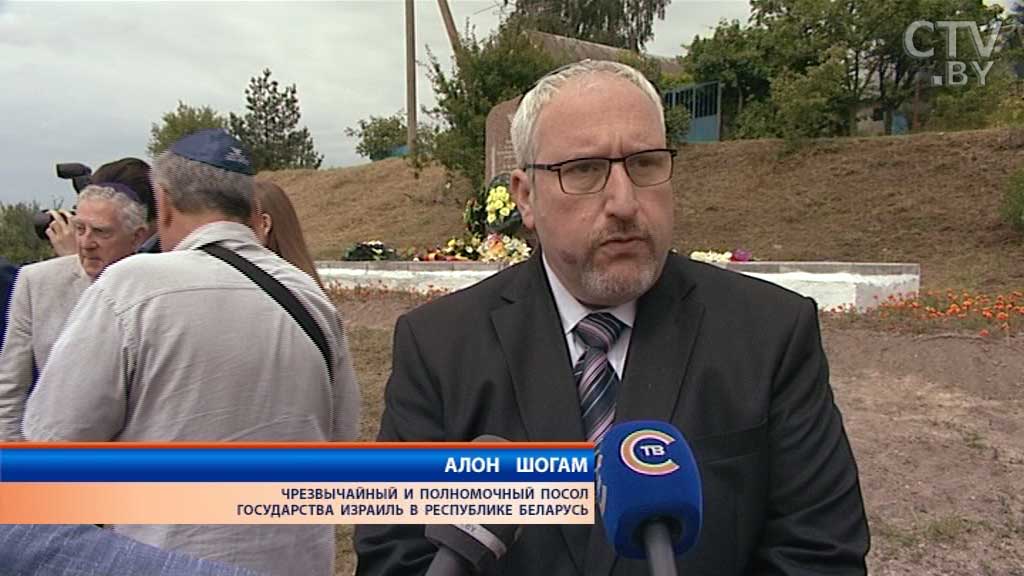 Alon Shoham, Extraordinary and Plenipotentiary Ambassador of Israel to the Republic of Belarus:
Great efforts are made to remind the younger generation, to train it, to be in the places where these monuments are located, and to explain what they mean, why there is a monument there, what happened. I think that when the state pays attention to this education, as we see in Belarus, the younger generation will always have this knowledge, it will pass it on, and then, we hope, the Holocaust will not be able to repeat itself. 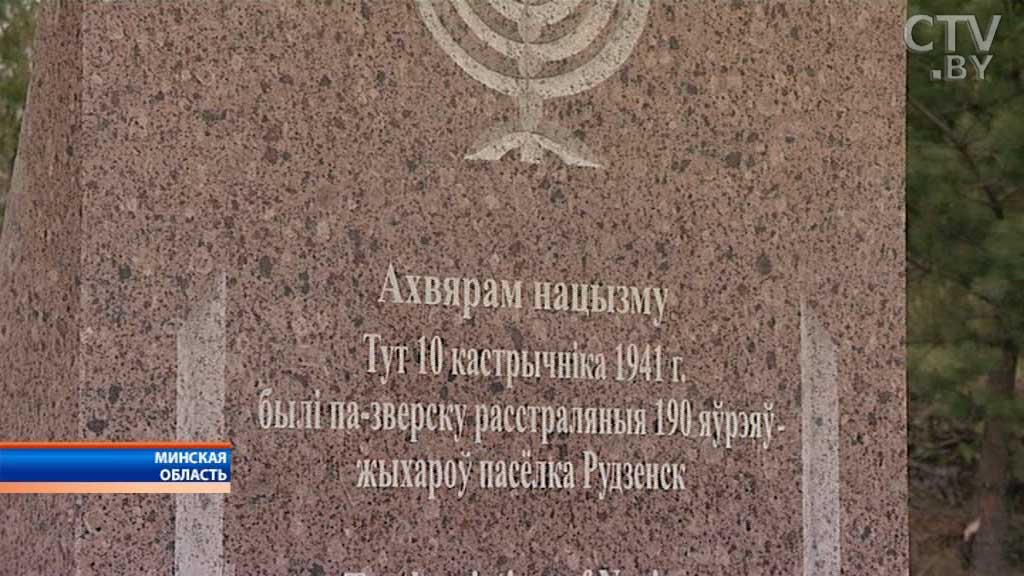 The Holocaust killed 800,000 people in Belarus. A special international fund is helping to not forget about the places of mass extermination of Jews on Belarusian soil. It was founded in the early 1990s by an English family. Since then, each summer, the spouses come to Belarus. This monument became 99th opened by their joint efforts.