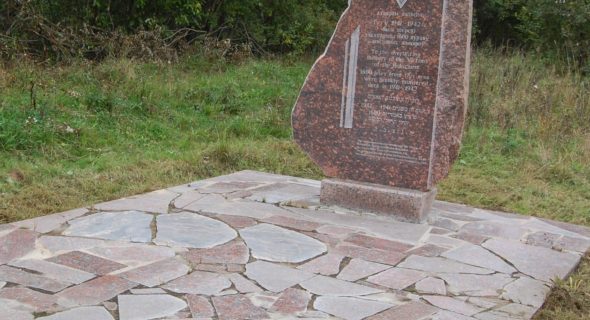 On August 15, 1941, a detachment of Einsatzkommando 9 selected 149 Jews, and gathered them in the square. Then, they were brought to the village of Valki, nearly 2 kilometers southeast of Yanovichi, and shot there. A ghetto was then established on Vitebsk Road. The ghetto was divided into two parts by the Tadulino Road, and non-Jews were permitted to use this road. The ghetto was liquidated on September 10, 1941, in a new action carried out by Einsatzkommando 9. Jews were brought in trucks to the village of Zaitsevo, around 5 kilometers east- northeast of Ianovichi, and shot there in an antitank ditch. According to Tatyana V., interviewed by Yahad In-Unum, a Jewish couple hidden in her family’s house was arrested by local policemen and shot in a field between Valki and Yanovichi.