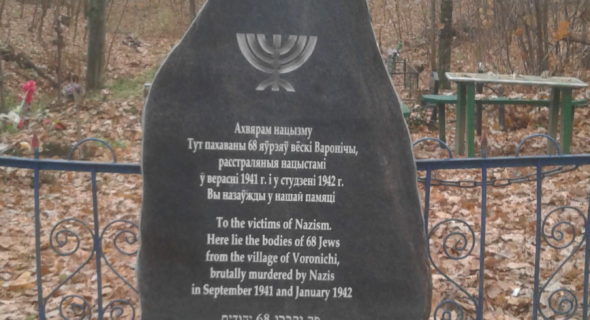 In September 1941, the Germans together with local police, arrested the Jews from this village, took them to the forest and murdered them. On the 16th of January 1942 there was a pogrom in the village. All Jews were taken to the cemetery, where two people were murdered with explosive bullets. 62 people were killed. Among them: 28 children, 20 women, 14 men. The memorial is erected at the cemetery on the burial site.

Region:
Vitsyebsk
Date of Installation:
2017
Number of Jews Who Perished:
68
Date of Massacre:
September 1941 and January 1942