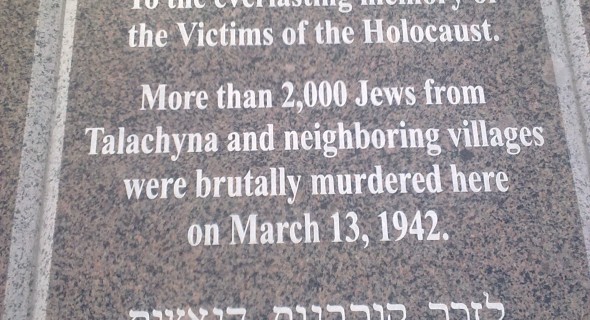 Jews started to settle in Tolochin in the first half of the 18th century. During the early Soviet period 106 Jews were craftsmen, and 37 families engaged in agriculture. A Yiddish elementary school operated in Tolochin.

The Germans occupied the town on July 6, 1941. A ghetto was set up in Tolochin and 2,000 Jews from the town and nearby villages were concentrated there. On March 13, 1942 all of these Jews were taken to the area of Raitsy village and shot to death.

The town was liberated by the Red Army in June 1944.